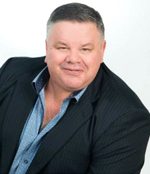 Mark Hudson has been a part of Cube Performance since 2014. Mark and Matt originally met at a conference for Business Consultants where they were both keynote speakers. They met, swapped stories, and began working together on various projects.
Mark has a trade background, has owned multiple businesses, and held management roles in large blue-chip organisations. After a stint in the public service, with the Australian Bureau of Statistics and the Australian Tax Office, Mark chose to branch out on his own into the world of consulting. Mark is passionate about helping other people succeed, and loves working one on one to help people achieve their goals.
Happily married with three young adult sons, living the dream on the Sunshine Coast in Queensland.